Jonas Pate, Josh Pate, and Shannon Burke developed the American action-adventure mystery adolescent drama Outer Banks. It was released on Netflix on April 15, 2020. It is a television series set on North Carolina's Outer Banks. It revolves around John B seeking the help of his three closest pals to search for a fabled treasure.

The loss of John B's father is related to the luxurious treasure. The quest for the absent father prohibits romance and causes rivalry between the Pogues and their opponents. As a result, their summer has been transformed into a mystery and adventure they will never forget. 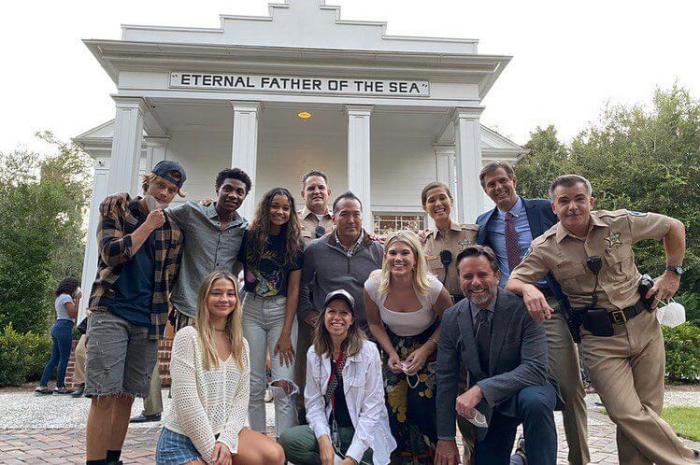 Madelyn Cline as Sarah Cameron, Chase Stokes as John B Routledge, Austin North as Topper, Charles Esten as Ward Cameron, Drew Starkey as Rafe, and Rudy Pankow as JJ are all set to return for Season 3 of Outer Banks. Julia Antonelli, Jonathan Daviss, Madison Bailey, Cullen Moss, Marland Burke, Charles Hartford, Samantha Soule, Terrance Rosemore, and Deion Smith are among the cast members who will return. This includes both the main cast and the supporting cast.

In addition, Carlacia Grant, who plays Cleo in the series, is the newest member to the Pogues' circle of friends. As a result, Cleo has been promoted to a regular cast member in the next season.

Furthermore, owing to her real-life separation with Chase Stokes, there were reports that Madelyn Cline would not be returning for season 3. She, on the other hand, expressed her disapproval of such stories on Instagram.

“I will come back for as many seasons as they will have me. I love my job, and there is not a day that goes by that I'm not grateful for it and for everyone who has watched it."

As a result, the majority of the current cast will most likely return for Season 3 Outer Banks. Chase Stokes will reprise his role as John B., the main character. Big John, John B's father, will be played by Charles Halford, and will play an important part in the future season.

Many facts surrounding Outer Banks Season 3 have yet to be made public. The show's producers and Netflix are keeping the information private. Fans are not being given even a hint about their favorite season. Some predictions are being made, though.

After the end of season 1, the program had a lot of drama in season 2 with John B and Sarah in the Bahamas. Season 3 is expected to witness the development of John B. and Sarah's romance. Additionally, viewers may witness Kiara, Pope, JJ, and Cleo form their own love connections. The rivalry between the Pogues and the Kooks, on the other hand, reached new heights with a $400 million chase. Furthermore, the Pogues will receive the power of the golden cross until it falls into the hands of evil.

The group will get near to discovering the luxurious treasure, but it will ultimately fail. Leaving them just where they started. Sarah's relatives, the Camerons, also took the Pogues' last gold cross. In addition, the group will be able to return to their hometown. However, in Outer Banks Season 3, a lot of unexpected things may happen. 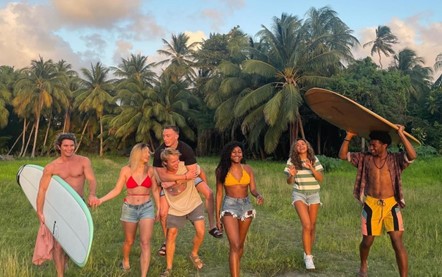 The trailer for the show has yet to be published. However, the official Instagram account for Outer Banks Season 3 recently posted something. This was a video of the entire cast enjoying themselves as they celebrated the renewal of Season 3 of Outer Banks. According to the renewal from "Poguelandia," all of the members are "Pogues."

One month before the debut, the trailer will be released. Waiting for the upcoming Outer Banks season will undoubtedly be rewarded with a thrilling season 3.

Where to Watch Outer Banks Season 3?

The Outer Banks series is available to watch on Netflix. Netflix has the first two seasons accessible. You may watch your favorite seasons on Netflix over and over again. If you haven't seen any of the Outer Banks seasons yet, go to Netflix and start watching them right now. Outer Banks Season 3 will be available on Netflix when it is released.

Get your Netflix memberships now and start watching Outer Banks!

How Can I Watch Outer Banks Season 3 offline?

Buffering is common due to bad Internet, which may be quite frustrating at times. The most aggravating thing in the world is getting stranded in the middle of your favorite series episode after waiting for days. We recommend utilizing Vidus Streaming Downloader to assist you to overcome this issue. With Vidus Streaming Downloader, you may watch your favorite movie or show whenever you want, in great quality and without any restrictions.

The Vidus Streaming Downloader software is simple to use. It delivers high-quality downloads at a rapid rate. It's a dependable and steady source with batch download capabilities. You may download the entire playlist all at once. Vidus has been used to download over 42 million videos, and the figure is growing by the second. With only one click, you may download music and videos.

Steps of how to use Vidus Streaming Downloader to download videos:

You can go to the downloading section to see the progress bar. When the download is completed, check your local files folder. Your downloaded file will be located there. Your download is successful. Now you can start watching your videos offline without any limitations! Here is a list of some of the Top adventure Movies on Netflix that you can download with Vidus.

Q. How many seasons are there on Netflix for Outer Banks?

Currently, two entire seasons of the season have been released globally. Both seasons have entire episodes accessible on Netflix. You may begin viewing immediately if you have a Netflix account.

Q. Will Outer Banks come up with another season?

Yes, without a doubt. The Outer Banks is getting ready to welcome another season of visitors. "Another season is coming," Netflix has officially stated. The series' official Instagram account also confirmed the news with a video. All of the cast was shown in the film commemorating the start of Season 3.

Q. What is the release date for Outer Bank Season 3?

Season 3 has yet to be given an official release date. However, numerous assumptions and projections have been made based on the release dates of prior seasons. However, the first episode of the season is expected to be released around the middle of 2022.